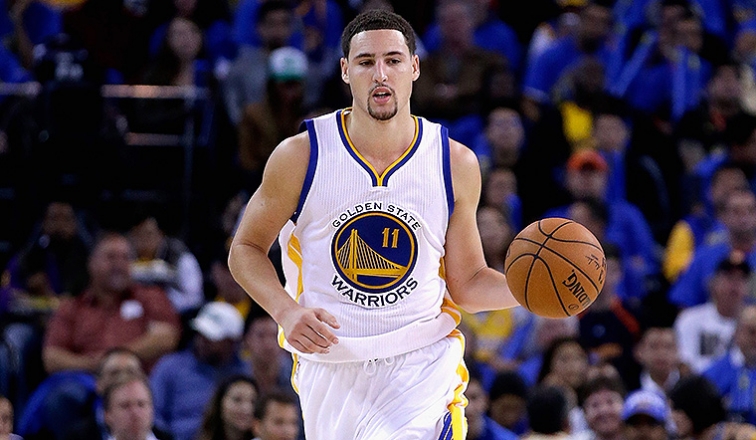 In Game 7 of the Western Conference finals, Klay Thompson was kneed in the head by Trevor Ariza and immediately crumpled to the floor, grabbing his head. Red flag number one. Thompson was taken back into the locker room, where, we are told, he was administered and passed the NBA’s concussion protocols and thus cleared to return to action. During a timeout, when it appeared Thompson was about to re-enter the game, television cameras zeroed in on blood coming from his right ear (he was kneed in or near his right temple). Red flag number two. Thompson once again was escorted to the Warriors locker room and received three stitches in his ear. He never returned to action, as the Warriors pulled away from the Houston Rockets in the final minutes in route to stamping their ticket to the NBA Finals. The entire course of events involving Thompson was troubling. Things, however, would get worse.

The next morning, we learned that after the game Thompson felt dizzy and could not drive himself home. His father, former NBA player Mychal Thompson, had to drive him. The elder Thompson reported that his son vomited twice after arriving home. Red flag number three. Father Thompson added that his son “was resting comfortably” and that he would “shut it down” for a couple of days, but should be ready for the start of the Finals, an assessment, that in all likelihood, was provided by the team’s medical staff.

The Warriors then announced that Klay had a head contusion. Red flag number four. This made no sense to anyone who saw the viciousness of the blow to the head (which was purely accidental on Ariza’s part) or the blood oozing out of Klay’s ear and later heard about the events that transpired following the conclusion of the game. Thankfully, it appeared that reason prevailed later in the day, as it was announced that Klay had a concussion and he would be out indefinitely.

Having dealt with professional players who had their careers cut short by concussions, this unfolding drama was disconcerting, to say the least. It also raised several questions regarding the NBA protocols and how all of the parties involved deal with them. First you have the player, who as a trained competitor, will almost always want to return to action, even if doing so is against his best interests medically.

Then you have the club that is concerned about the player’s health and well-being, while carrying the conflicted interest of wanting to win games. There are also club doctors who are similarly conflicted, dealing simultaneously with the proper medical 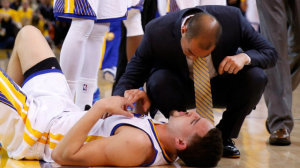 diagnosis and the club’s goal of winning, especially in the postseason. (Who can forget RGIII returning to a playoff game against the Seattle Seahawks a few years ago when he was obviously hobbled by a bad knee? Later in the game his knee gave way and he had to be carried off the field).

Winning games and player health and safety have been dueling enemies in modern day sports for decades. Having concussion protocols may sound reassuring, but given the various interests at play among the player, the team, the team’s medical staff and even the league, the details of any protocol demand close scrutiny and should not be assumed to be sufficient. That symptoms of a concussion may be delayed by 24 hours or more is widely known in the medical field. How then, should the league and teams handle a player who suffers head trauma in a game and then passes the established concussion protocols? Is that enough? Should the player be allowed to return to that same game?

The handling of Klay Thompson should cause the NBA and the NBPA to consider whether they should make some adjustments to the protocols. We should always remember that Thompson was about to re-enter a game that it appeared at the time (and we now know for sure) he shouldn’t have. That the protocols were satisfied, but the player was in fact concussed should raise the biggest red flag of all.