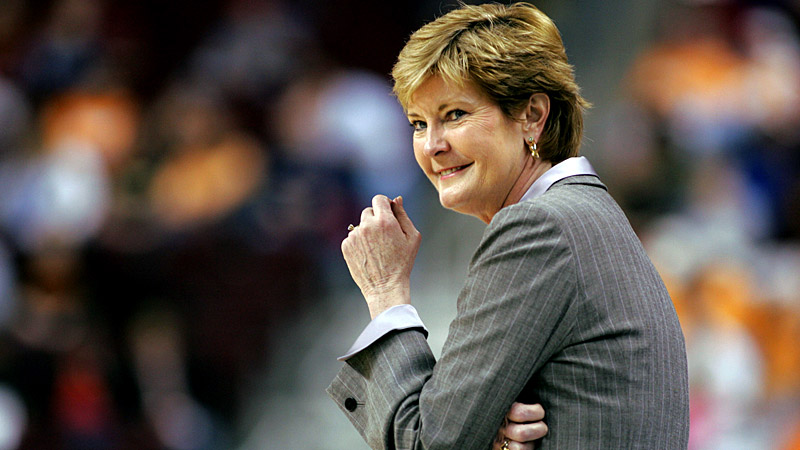 Sadness has gripped the sports world, and beyond, following the death of legendary women’s basketball coach Pat Summitt.  Tributes have and continue to pour in from those who knew Summitt, played for her and admired her.  I did not know Pat Summitt personally, but she nevertheless had a meaningful impact on my life.

To begin, I began watching women’s college basketball because of Summitt.  I recall randomly coming across a women’s game on television some years ago and being struck by the strong, determined and passionate coach on the University of Tennessee sideline.  I didn’t know who she was, but I could tell I was witnessing something different.  There was an aura about her; a confident air that was at once impressive and appealing.  From that day, I began to follow and root for Summitt and the Lady Vols.

In time, Summitt’s significance for me extended beyond the hardwood and spoke to me on a much deeper level.  As I learned more about her career and accomplishments, and watched her teams consistently compete for, and often win, national championships, Summitt’s unparalleled body of work became an inspiration.  Here was this woman, competing in a space not created for her, and displaying an ability and competence that defied convention.  She was not just a great women’s basketball coach, she was a great coach, period.

As an African-American man who often finds himself in spaces not created for me or for others who look like me, Summitt demonstrated that excellence – no matter how it’s packaged – simply refuses to be denied.  An excellent spirit leaves no room for excuses – from within or without.  From watching Summitt, I was determined to place my focus on being excellent and to reach for my goals, even if there was no welcome mat waiting for me at the door.

Summitt’s achievements are many – 1,098 victories (the most in NCAA basketball history by any coach, male or female), an .841 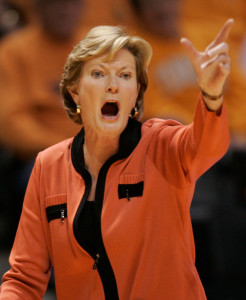 winning percentage, 8 national championships, 2 Olympic medals, 7 NCAA Coach of the Year honors, 18 Final Fours, 31 NCAA appearances, and a 100% graduation rate among players who completed their eligibility at Tennessee.  What cannot be quantified, however, is her influence on the growth and advancement of women’s sports, collegiate and professional.  In many ways, she was the pioneer of modern day women’s athletics.

One of the many stories making the rounds as the tributes roll in recalls Summitt as a 12-year-old girl with her father in a hayfield on the family farm.  Her father pointed her to a tractor and told her, “When I come back, this work better be done.”  Even though young Pat had never operated a tractor before, she got to work and got it done.  That story aptly fits Summitt’s career and person.  Throughout her personal and professional life Pat Summitt got it done and few have ever done it better.  She leaves behind a towering legacy that will undoubtedly live on.