It’s all in the numbers.  Preparing a salary arbitration case requires a deep dive into the player’s performance statistics, as well as the performance stats of related players in the current and past salary arbitration markets.  Sometimes, when the player has performed at an especially high level, the research will extend to players from past generations.  In any case, reams of statistics and other data must be collected, examined and re-examined for the ultimate purpose of determining the player’s value. If the case is headed to hearing, the stats will be used to tell the player’s story to the panel of arbitrators assigned to hear the case. 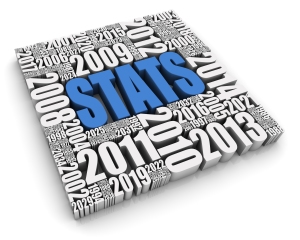 the collective bargaining agreement between the players and clubs.  They are, first, the quality of the player’s contribution in the most recent season.  Simply put, this is an examination of how well the player performed in the just-completed season.  How the player performed in prior seasons has a direct bearing on assessing his most recent performance.  For example, if a player hit 28 homeruns his first year, 22 in his second and 18 in the just-completed season, the player will focus on the fact that he hit 68 homeruns in his first three years.  The club will argue that he is trending down, given the successive decreases in his homerun totals.

Second is the length and consistency of the player’s career contribution.  Players who provide consistent contribution stand a better chance in a hearing than a player who has fluctuations in his performance.

Fourth, comparative baseball salaries.  This is an examination of the salaries earned by other players who are relevant to the player and his and the club’s salary submissions.

Fifth, the existence of a mental or physical defect.  Translation: is the player injured? The key word in the criteria is existence of any defect.  If the player ended the season on the disabled list, but if he is coming into spring training with no medical restrictions, then there is no existence of a defect.

Sixth, the recent performance record of the club, including its league standings and attendance.

The following evidence is expressly excluded by the collective bargaining agreement: (i) the financial position of the player or club; (ii)n press comments (meaning comments by media members); comments made in the press by management, coaches, teammates, opposing players and the player himself are admissible and are often used); (iii) offers made by either party prior to arbitration; (iv) the cost to the parties of their representatives/attorneys; and (v) salaries in other sports or occupations.

Against the backdrop of the criteria a salary arbitration presentation will be prepared using stats, stats and more stats.  A salary arbitration presentation generally will consist of 90 to 100 slides or exhibits placed inside a three-ring binder. Every page should address one or more elements of the criteria.  If it doesn’t then it is just a wasted page. Before creating the exhibits, careful thought should be given to the story you want to tell.  For both the player and club advocate the goal is to tell a story that supports their respective salary submissions. 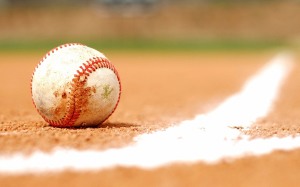 Once you have your comps then you can compare the player’s performance to the comparables using the salary arbitration criteria as a guide.  In doing so traditional stats as well as advance metrics (so-called “sabermetrics”) can be utilized.  As to the latter, while sabermetrics are increasingly being used by teams in evaluating and predicting player performance, the use of such measures in arbitration has proceeded more slowly.  So the use of advanced metrics must be carefully considered.  If you have to spend valuable time explaining an advanced metric to the arbitration panel, and if the explanation is not an easy grasp, then it may not be worth introducing that metric.

In putting together the presentation the player wants to show that he has performed similarly or better than his comps.  For the club, the opposite is true.  Once the stats, the data and the arguments are organized and laid out in the presentation, it’s time to get ready for the arbitration hearing.  Months of work will now come down to the oral presentation of your material.  Millions of dollars can be on the line, so although you have been working hard for months, it’s time to take it to another level. The bright lights of the hearing room awaits.