Three Sports Stories to Watch in 2016 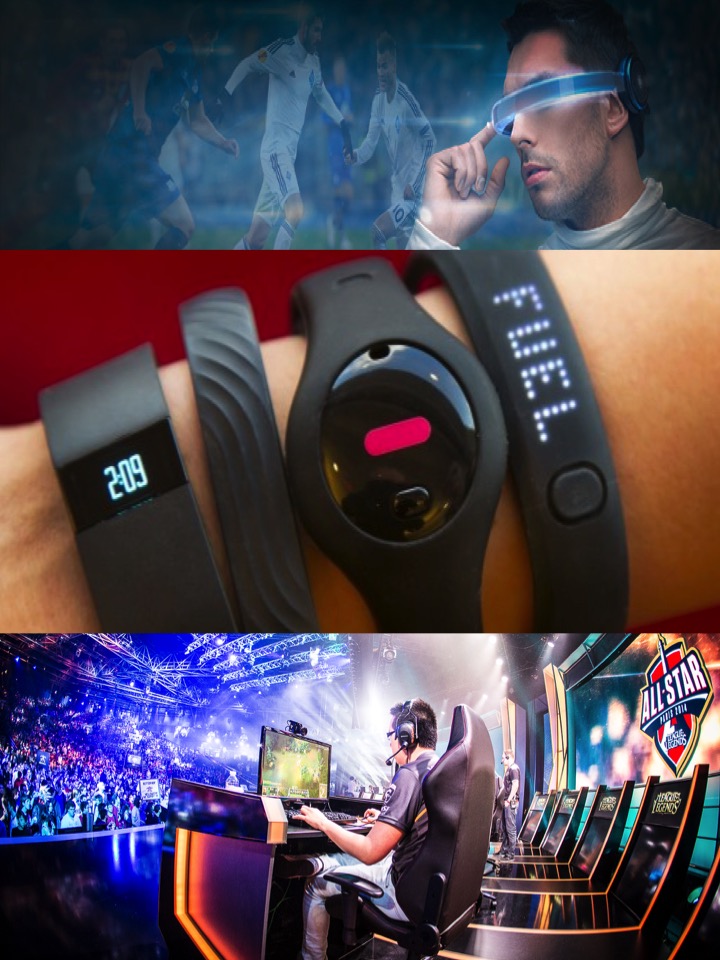 There are several issues in sports that are worth watching in 2016. Three that I’m keeping my eyes on are the continuing emergence of virtual reality technology, the growing use of wearable technology in professional sports, and the potential explosion of e-Sports into the mainstream.

For years there has been growing excitement about virtual reality (VR), which is immersive simulation that allows users to feel as if they are at an event from anywhere in the world. Imagine, through VR, feeling as if you’re sitting courtside at the NBA Finals while reclining in your living room or hanging out in your backyard. Of course, outside of sports VR also has application in the video gaming and entertainment worlds. While significant progress has been made in the gaming arena, movie studios are still actively exploring how best to integrate the technology into their storytelling and we will soon have enhanced movie-watching experiences in the cinemas and at home. Improved technology and declining prices for VR are also on the horizon for 2016, which means when it comes to sporting events, concerts, movies and gaming, more and more consumers will be able to enjoy the feel of being in the center of the action.

Wearable technology is another area that bears watching. The ability to monitor and track various metrics as an aid to improved health and wellness has become the rage for both professional athletes and everyday consumers. In the area of professional team sports, the increasing use of the technology by clubs has the player associations concerned on several fronts. Issues raised by the technology include:

These are just a few of the questions surrounding the use of wearable technology in professional sports. The players’ unions are actively monitoring the clubs’ increasing use of wearable tech. It remains to be seen if any of the unions’ concerns will give rise to legal disputes with the leagues and clubs as this story unfolds.

Lastly, there is the continuing rise of e-Sports. Perhaps at one point the idea of crowds of people watching other people play video games live and online may have seemed far-fetched, but those days are over. Competitive gaming tournaments have sold out major venues across the country, from the Staples Center in Los Angeles to New York’s Madison Square Garden. According to a recent report on superdataresearch.com, last year over 134 million people watched competitive gaming worldwide, generating over $370 million in revenues in Asia and over $140 million in North America. Such revenues have drawn the attention of corporate sponsors, who poured over $110 million into e-gaming in 2015. The appeal of e-Sports is understandable on many levels: 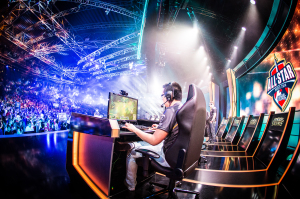 -For players, you don’t have to be athletically gifted to compete or to be a star. And make no mistake, the competition is not just for bragging rights. Last year, total prize money in e-Sports topped $165 million. Even the scrawniest “e-athlete” can cash in.

-For marketers, e-Sports’ natural melding of competition, social media, digital media and a young male demographic creates a global reach that is the envy of most traditional sports. (Some have estimated that 70% of e-Sport viewers are males between the ages of 21 and 34, a prized demo for both marketers and sponsors).

-For mainstream broadcasters, e-Sports is an opportunity that no longer can be resisted. In fact, Turner Broadcasting has partnered with WME-IMG to launch the E-League, which will debut this spring. Tournaments will be shown on various digital platforms Tuesdays through Thursdays, followed by live contests aired on TBS on Friday nights. At the center of the 20-week competition will be the game, “Counter Strike: Global Offensive.” If TBS is successful with its E-League, expect many other cable and broadcast channels to follow suit. 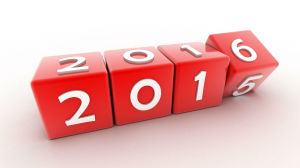 To be sure, as we enter 2016, there are many intriguing storylines in sports that are worthy of attention. However, there may be none more fascinating than the potential rise of e-Sports, which, if successful, could alter the landscape not only in sports, but in the digital space, in tech, marketing, sponsorships, higher education (where degrees and scholarships are already being offered) and beyond. Given all of that, e-Sports could very well be the biggest game-changer that the sports world has seen in years.