Can you stand correction? 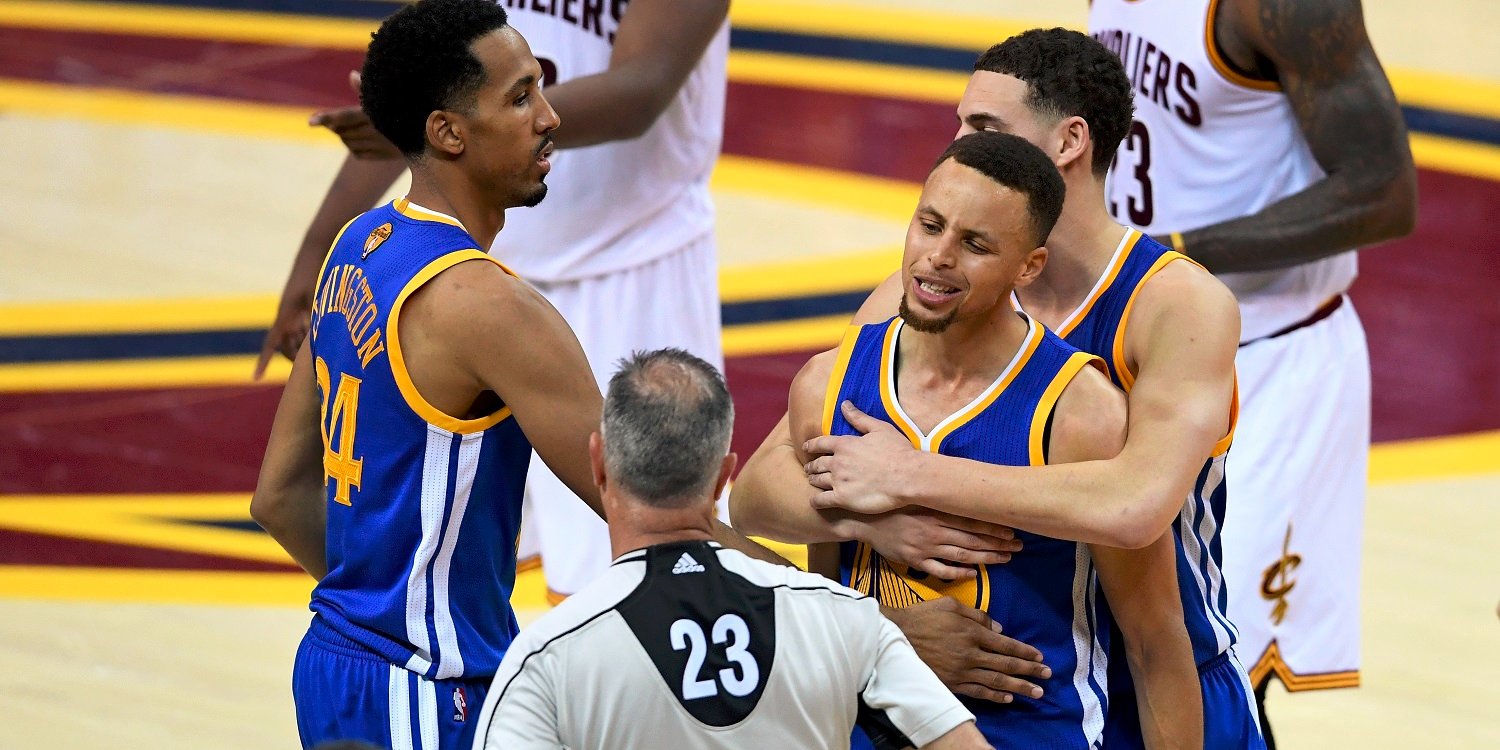 In the just-completed NBA Finals, the Cleveland Cavaliers did what no team in league history had previously done – overcome a 3-1 series deficit in the final round of the playoffs and claim the championship.  As Cleveland grinded its way to the top of the NBA heap, we witnessed a fall from grace for Steph Curry and his wife, Ayesha.  Over the last two years, the Currys became the toast of basketball – the NBA’s first family, if you will.

Then came game four of the NBA Finals.  The Warriors won, giving them what appeared to be a commanding 3-1 series lead. 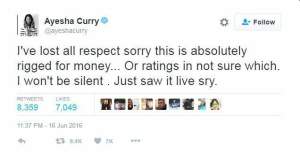 Toward the end of the game, LeBron James and Warriors star Draymond Green got into a skirmish that led to Green’s one-game suspension. That prompted Ayesha Curry to direct smack LeBron’s way before Game 5, won by the Cavs.  Then, as the Cavs were blowing out the Dubs in Game 6, and Curry was hacking his way to the bench, he angrily threw his mouthpiece, hitting a fan.  After the game, Ayesha took to Twitter and claimed the NBA was rigged.  Funny, but I don’t recall her saying the league was rigged when Steph and the Warriors overcame a 3-1 deficit in the previous round against Oklahoma City.

Bottom line, it was not a good look for the Currys. When everyone was singing their praises, life was a charm, and smiles and good times abounded.  When adversity struck and criticism began to leak out about Steph’s subpar performances, objects and accusations started flying.  It brought to mind the need for all of us, no matter what profession, to be able to stand up under correction and criticism.  This is especially true for millennials who are entering the business world.

In recent years, as I have dealt with young people in various contexts – as employees, interns, students, etc. – I have noticed a heightened sensitivity to constructive criticism.  Generally speaking, receiving criticism is a challenge for many young people today.  Now, this is a generalization, to be sure, so by definition it is not entirely accurate.  There are certainly young people who are open to correction and handle it with maturity.  But they are the exception.  Whether it’s in response to poor grades or poor job performance, too many young people react negatively to criticism and point fingers at teachers, professors, supervisors and others.  Like with the Currys, it is not a good look.

What’s behind this phenomenon?  I don’t know for sure, but part of the problem may lie with our present culture in which our young people are raised where everybody gets a trophy.  When I played sports as a kid, the first place team, and maybe the second place finisher, received a trophy. That was it.  Not getting a prize hurt, and there were plenty of tears shed, but losing toughened you up.  You either tried harder the next time or you stayed home.  No one gave you a trophy just for participating.  In addition, coaches could yell correction at kids back then without the fear of facing a lawsuit from an overly litigious parent.  The lessons learned along the way were that it took hard work, dedication, time, and a thick skin to be successful and get the spoils of victory.

I have had frank conversations with several young people who believed their middling writing was superb, that their cursory research plumbed the depths of scholarship, and their stellar GPA and their ivy-adorned credentials earned them the right to positions that outpaced their experience and ability.  Too often, these conversations, carried out with patience and the goal of edifying, led to the young person shutting down or moving on, instead of standing firm and growing through the process.

From the sage to the neophyte, we all miss it at times.  We all fall short and make mistakes.  We all have things to learn.  If we are able to stand in place and receive the accolades for a job well done, we must be able to do the same when the performance is not up to snuff and others correct us.  Correction is not rejection.  If you hang in there, take the lumps and come back stronger, maybe next time you’ll not only get a trophy, you’ll actually earn it.