What’s Up With That?: The Jonathan Taylor Saga 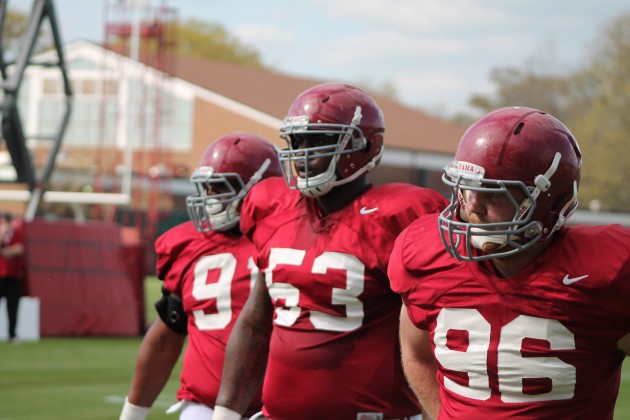 This is the part of the domestic violence story too few want to talk about. The part where the female victim recants the story.  In the aftermath of Ray Rice and other high profile incidents, the clarion call in professional sports has been to develop or strengthen domestic violence policies in the game.  While that, in the main, is absolutely right, the need for players and their unions to be involved in the discussion (hear this out NFL), is vital, because agree with it or not, high-profile, highly-paid athletes may well be targets of unfounded accusations.  Given that, there is a real need to ensure that any reported incident of domestic violence is credible before players are suspended and careers forever tarnished.

Staking out that position may not be politically correct, but it’s right.  The unfolding story of Jonathan Taylor stands as the most recent Exhibit A.  Taylor, a former defensive lineman for the University of Alabama football team, was accused this past weekend of physically assaulting a woman and causing injuries to her neck and damage to her property.  Following his arrest, Alabama Coach Nick Saban dismissed Taylor from the team.  But now comes the news that on March 30, the woman contacted investigators and stated she wanted to recant her previous statements.  The following day, investigators interviewed the woman again and she maintained that she had lied about the previous alleged incidents.  Based on all of this, she has been charged with filing a false report to law enforcement.

Now, do victims of domestic violence ever recant their statements even when they have been attacked?  No question about it, and the reasons for that are varied.  Is that what happened here in the Taylor case?  As of right now, probably no one outside of the parties involved knows for sure.  This represents yet another layer of complexity when it comes to dealing with domestic violence.

As it now stands, the Taylor incident should send chills down the collective spines of professional players, and provide clear insight on just why the unions who represent them insist on including certain protections for players in any domestic violence policy that is implemented.  Fighting for such protection does not suggest that unions don’t get the realities of domestic violence, it indicates that they do – even the part of the story many do not want to talk about.

Domestic violence is a real problem throughout our society, including in sports.  We all need to play a part in addressing the problem effectively.  This necessarily means the issues related to domestic violence cannot be examined through only one lens.  We must take a comprehensive, intelligent approach to this serious challenge and listen to all voices that advocate for safeguards to protect victims of domestic violence.  In doing so, we cannot turn away from the uncomfortable and unpopular fact that the “victim” in domestic violence cases can sometimes be the accused.