Pioneers of the Game: Becky Hammon 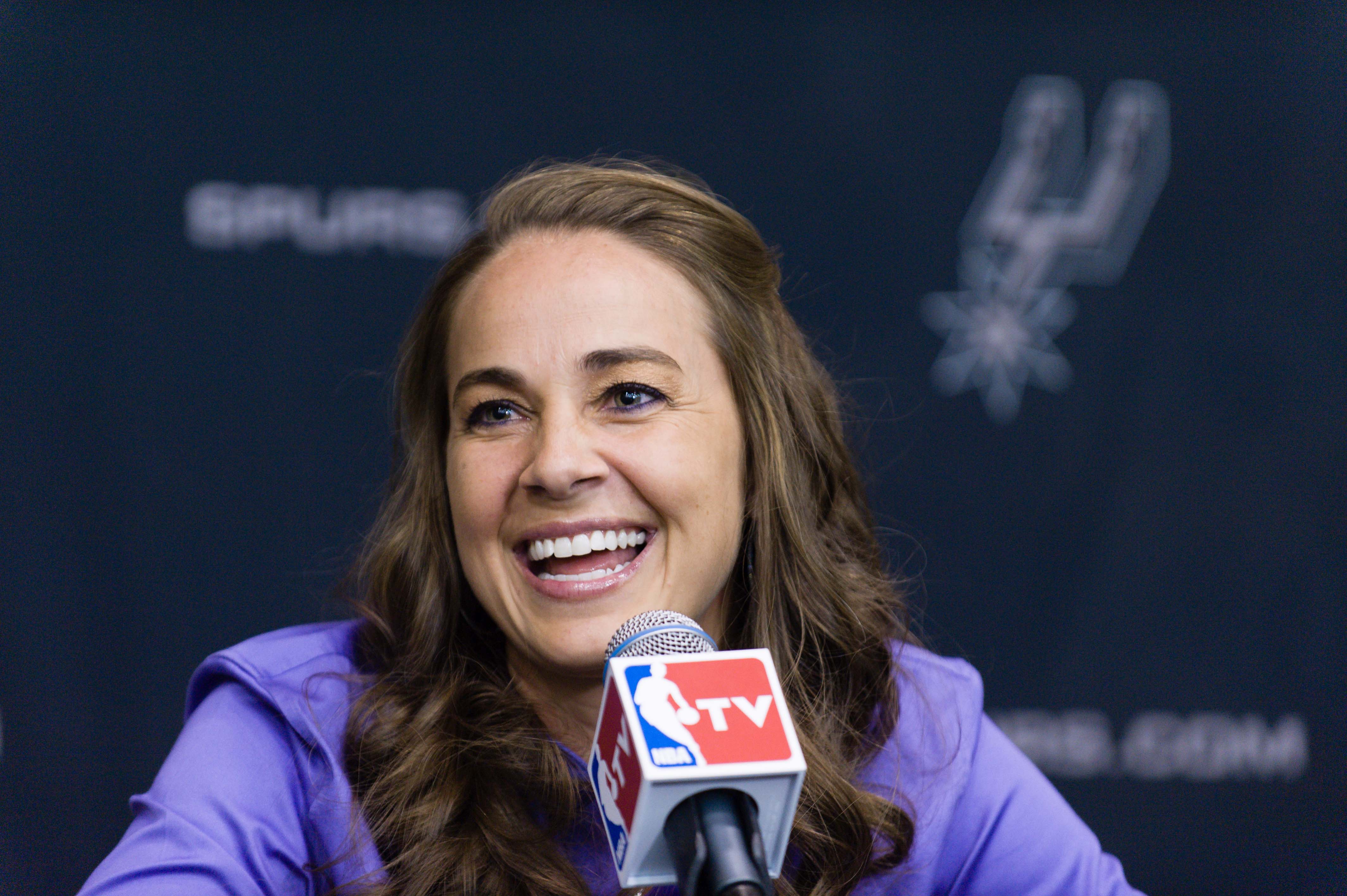 Becky Hammon is one of the most decorated players in the history of women’s basketball.  Born in Rapid City, South Dakota, she played basketball at Stevens High School, where as a senior she averaged 26 points, 4 rebounds and 5 assists per game on her way to being named South Dakota Player of the Year.

Hammon went on to play college ball at Colorado State and distinguished herself as one of the nation’s top scorers.  In the 1998-99 season she led the Rams to a 33-3 record and an appearance in the NCAA Sweet Sixteen.  That season she was also an All-American and was named WAC Mountain Division Player of the Year, as well as Colorado Sportswoman of the Year.  During that season she also surpassed Keith Van Horn as the WAC’s all-time leading scorer.  For her career at Colorado State she set University records in points, points per game, field goals, free throws and three pointers made, and assists.

Despite her collegiate accomplishments, Hammon went undrafted in the WNBA draft, and subsequently signed with the New York Liberty as a free agent in 1999.  She starred for the Liberty through the 2006 season before being traded to the San Antonio Silver Stars.  In her first season in San Antonio she set career highs in points per game (18.8) and assists per game (5.0), the latter mark leading the league that season.  Two seasons later, she averaged a career high 19.5 points per game.  On August 31, 2011 she became the seventh player in WNBA history to score 5,000 points.

Hammon is also a two-time Olympian.  In 2008, Hammon became a naturalized Russian citizen and went on to represent the Russian National Team in the 2008 and 2012 Olympic Games.

On August 5, 2014, the NBA’s San Antonio Spurs named Hammon as an assistant coach.  She became the second female assistant coach in NBA history and the first to serve in that role on a full-time basis.  Upon selecting Hammon to join his coaching staff, Spurs head coach Gregg Popovich, who has led the Spurs to five NBA championships and is widely considered the best coach in the NBA, said: “I’m confident her basketball IQ, work ethic and interpersonal skills will be a benefit to the Spurs.”

For her part, in speaking about her historic role, Hammon said it is a move “in the right direction” that has led to more conversations in various quarters.   As for what her hiring may mean for the future, Hammon added: “I know there are plenty of great basketball minds out there that are women.  So it will be fun to see how this moves things along for women.”